My Trip to America – A Systems Thinker’s Diary

Posted on November 1, 2013 by InspGuilfoyle 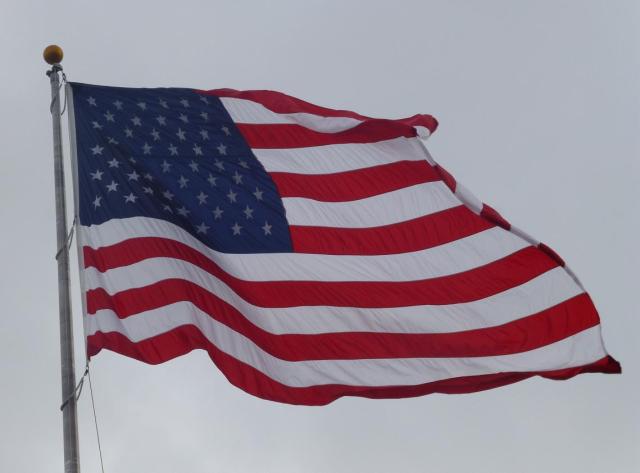 I’ve just got back from America, and because I don’t have the ability to switch off the systems thinking part of my brain, I kept noticing ‘systemsy’ stuff whilst I was there, so I thought I’d share a few observations with you. Enjoy.

Suggestion – One guy to process 240 passengers is not a good example of designing the front end of the system to handle predictable demand. Whilst it was good to see the baggage-handling system was so effective we could watch our bags going round and round the carousel on the other side of the empty border control kiosks, there is no point optimising that part of the overall system when passengers trickle through the bottleneck to collect their bags an age later.

And why there has to be another solitary customs guy on another desk who asks you the same questions and checks your passport again once you have collected your luggage (within sight of the first guy), I’ll never know.

Mind you, at the UK end on the way back we whizzed through border checks, then spent just short of an hour waiting for bags… 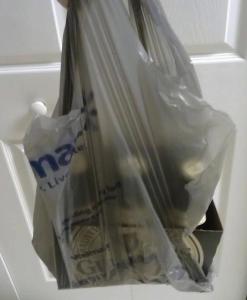 This is a Walmart carrier bag. As you can see, their bags are so flimsy that if you do anything stupid (like put your groceries in them), they tend to split. The staff know this, so they double bag everything. Result? Walmart probably think they’re saving money by using cheap carrier bags; in actual fact, they’re having to use twice as many.

If they spent just a fraction of a decimal of a cent extra producing slightly stronger bags, they’d have bags that are fit for purpose and customers would only need to use one bag per bagful of shopping, instead of two. This would save you money, Walmart.

One thing I thought was cool was that the Americans have a rule where you can turn right at a junction even if the lights are on red. (Don’t try this in the UK folks – a) because there’s no provision under road traffic laws to do so, and b) because turning right in a country where we drive on the left would mean crossing a lane of traffic).

I think it’s a great idea because essentially you get to treat the red light as a ‘give way’ junction (or ‘yield’ as they say in the States), and can continue with your journey if there is no traffic approaching from the left. It’s great because it removes an unnecessary delay – the system can absorb demand more effectively whilst reducing unnecessary queuing, i.e. waste. How annoying is it to sit at a red light when there’s nothing coming? Mind you, this method relies on trusting the driver intending to turn right to exercise a bit of personal responsibility, and not everyone I know could live with that.

One trick I learnt about managing funds is not to break down the overall budget to a daily average then worry about if it goes slightly over sometimes. (E.g. “Oh no, I’ve spent $115 dollars today; that means I only have $85 for tomorrow!”) As long as you keep an eye on the total amount available over the whole time period, unless you totally lose control and buy too many souvenirs, it tends to balance out. Variation, of course.

This principle works away from the holiday setting too. Strict monthly, quarterly, or yearly budget cycles cause problems of going ‘overspent’ at the end of a given period (even though you weren’t frivolous), resulting in the temptation to hold back part of the budget ‘just in case’. This causes untold worry, gaming and bumps in resource allocation, and is why your organisation buys lots of new furniture in March. Read the economic literature – it’s fascinating! Zzzzz…

One night I experienced the rare combination of great food / great beer / great system whilst eating here. Being a complete systems saddo I was fascinated by how efficient and seamless their system was, as I sat stuffing my face.

Purpose – remember? Well, I guess the purpose (from the customers’ perspective) here is to have a great dining experience. This would include:

Well that works for me, anyway, and I have to say this place ticked all the boxes.

Another evening, I went to this very cool place: 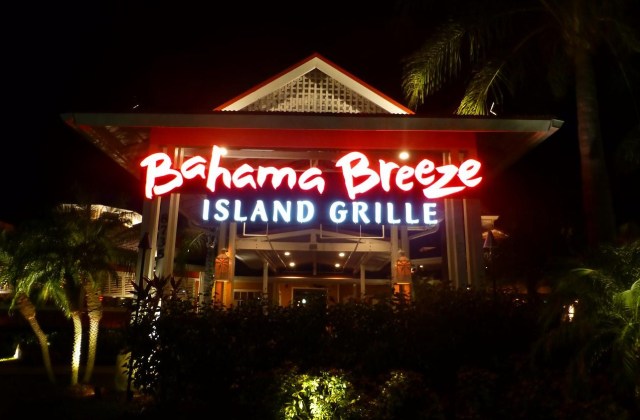 Again, excellent food, drink and service. I asked about whether the staff had any targets and was pleased to be told a definite ‘no’. Instead, what they worked towards were non-numerical objectives clearly linked to purpose, such as:

The weather reports struck me because they were littered with binary comparisons. Weather presenters became excited when the temperature was due to be above average, and totally despondent when it was about to dip below average. Oddly enough, each occurred about half the time whilst I was there. Who’d have thought? Funniest of all was the daily screen that compared today’s temperature with yesterday’s…

Oh no! A fluctuation of 1 degree Fahrenheit in Kissimmee!

Simple, isn’t it? Well, you’d think so, and not just because the Brits are apparently avid believers in queuing for things. It just seems right and fair.

Now, I’m not saying for a minute this is an American problem by any stretch of the imagination; just that during the last couple of weeks I’ve witnessed some pretty selfish, rude and arrogant behaviour. For example:

This is a food court. Notice anything unusual about it?

Answer: Not many people have got food.

No, they’re doing this. Hogging empty tables whilst their family members queue for food (although they’ve probably pushed in as well). It winds me up so much.

Yes, YOU in the yellow T-shirt! Be ashamed. You can’t hide your face from the TRUTH!

One afternoon I found this shop:

Mind you, their carrier bags are much sturdier than Walmart’s. They achieve their purpose of not splitting apart the moment an ounce of strain is placed upon them, which has to be good news for my beer.

Oh, and they sell some pretty cool ingredients for my Mexican cooking exploits. So there’s one target that doesn’t necessarily cause dysfunctional behaviour…

I am a serving Police Inspector and systems thinker. I am passionate about doing the right thing in policing. I dislike numerical targets and unnecessary bureaucracy.
View all posts by InspGuilfoyle →
This entry was posted in Systems thinking and tagged flow, gaming, lean, management, purpose, systems thinking, variation, waste. Bookmark the permalink.