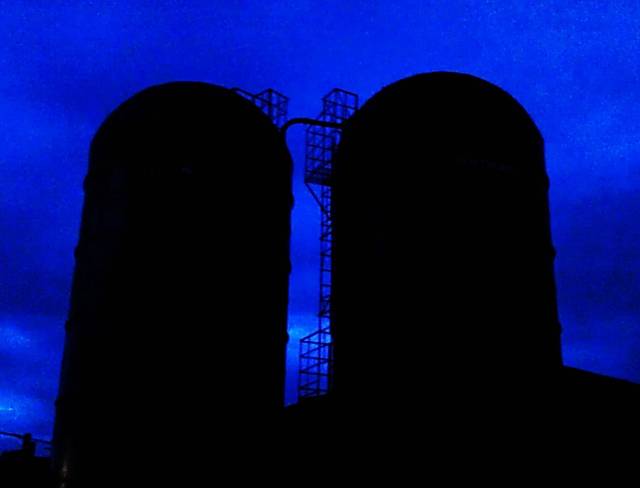 These imposing monolithic structures, silhouetted against the moody twilight sky, are silos. Actual silos. Not theoretical silos in a book about organisational structures or systems design, but vast, towering, dirty, functional, tangible silos, silently displacing thousands upon thousands of cubic metres of air, somewhere out in the middle of the Staffordshire countryside last night.

But as we stand amidst their darkening shadows in the still evening, we need to listen carefully. These soundless giants have a message for us about their cousins – those other silos we sometimes read about in management textbooks. It’s a really simple message about a really simple concept.

Imagine that 100 people are working hard inside the left hand silo, completing the first stage of a product or service. It doesn’t matter what it is. Stage One takes two hours.

Now imagine that another 100 people are inside the right hand silo, working hard on Stage Two of the same product or service. This stage also takes two hours. 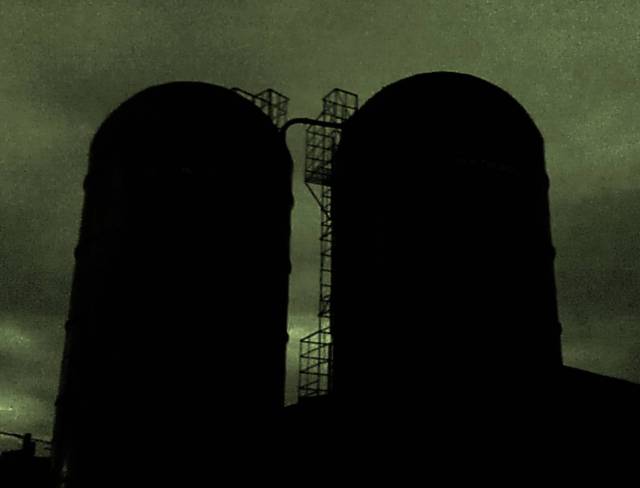 Of course, the people in the right hand silo can only start to work on their part of the process once they receive partially-completed units from the left hand silo. In order to ensure their work is of a high standard, the workers in the left hand silo conduct quality checks and complete paperwork which describes what they have done so far.

Representatives from the right hand silo receive the partially-completed units and inspect them, along with the paperwork. They have been working in the right hand silo for so long that they aren’t too familiar with what happens during Stage One; therefore this paperwork is essential, as it gives them an idea about what has occurred so far. The people from the left hand silo aren’t totally conversant with what happens during Stage Two either, so they sometimes leave out important pieces of information that would have been useful to the people in the right hand silo. This causes additional rework and delays.

In any case, on a good day when there are no defects, the handover process takes an hour, meaning the total end-to-end time for the completion  of one unit of product or service is five hours. This means that it takes 200 people five hours to produce 100 units – One unit per person, per 10 hours. Not bad. 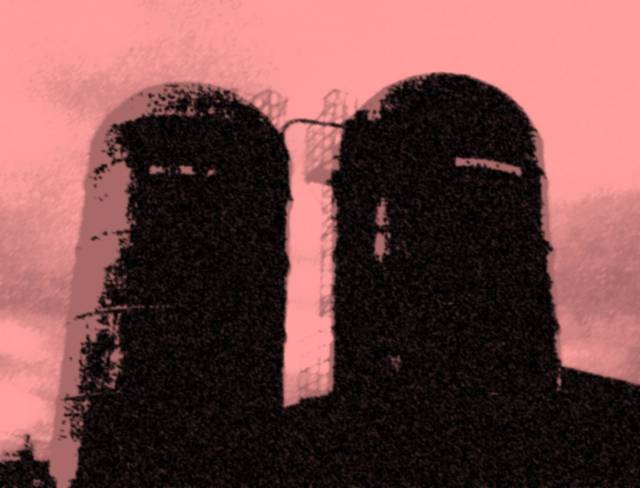 But imagine if that handover period could be removed, and instead of two totally separate silos, the 200 people simply worked on the product or service from start to finish.

You do the math:

200 people producing 200 units in four hours instead of five hours produces output at a much faster rate, saving 100 hours per 100 units per cycle. Or, one unit per person per 4 hours, instead of 10 hours! That translates into significantly reduced costs, faster service, and the removal of the rework and delays associated with errors and deficiencies that occur during the handover process. An instant minimum efficiency gain of 60% on a single run, or 20% on a continuous cycle. What’s not to like?

So, those dark, hulking beasts standing like silent weather-beaten sentries out there in the dusk have given up their secret. The simple lesson is that if the people in those silos are capable of handling both stages of the process, then the system design should encourage them to do so. Silos, artificial boundaries and unnecessary functional specialisms work against the system, rather than with it.

No silos were harmed during the making of this blog.

I am a serving Police Inspector and systems thinker. I am passionate about doing the right thing in policing. I dislike numerical targets and unnecessary bureaucracy.
View all posts by InspGuilfoyle →
This entry was posted in Systems thinking and tagged division of labour, flow, handovers, management, silos, systems, systems thinking, variety, waste. Bookmark the permalink.